During the Republican National Convention, we heard an argument that will 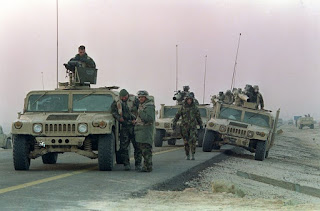 Gates’s sweeping comment seems unfair, even nasty. After all, Biden supported arms control accords to help corral Russia’s nuclear weapons after the Cold War, major trade agreements that helped propel sustained global economic growth for decades, strong defense and intelligence budgets, and climate-change accords that, while far from adequate, have been a useful first step in addressing this great challenge of our era. But leave those matters aside for now. People like Gates often place particular focus on Iraq, since then-Sen. Biden voted against authorizing Operation Desert Storm in 1991 (which was a success) and in favor of authorizing the 2003 invasion of Iraq (which was not).

Having been part of the Iraq war debate and watched Biden’s role in it for 30 years, I believe it is considerably better than allowed by critics like Gates, or political foes like Sen. Tom Cotton, R-Arkansas. Iraq has a way of making almost anyone look bad if they stay in the conversation long enough. But Biden has also made positive contributions to the policy-making process that need to be weighed in any net assessment of his record.

Start with that 1991 vote. Yes, Biden did vote against the war authorization, which nonethelesspassed the Senate 52-47, and yes Bush deserves great credit for his vision and courage to reverse Iraq’s aggression against Kuwait (which he might have done even if the Senate vote had gone the other way). But while a few Democrats backed the resolution, many others — including party luminaries like Sam Nunn, John Glenn and Lloyd Bentsen — joined Biden in opposition. Bob Woodward later reported that Gen. Colin Powell, then chairman of the joint chiefs of staff, was extremely wary as well.

So Biden had good company. Kuwait was not a U.S. treaty ally; the United States had larger and more formal security interests and obligations in Europe and East Asia; and with the Cold War just over, the nation needed to turn more of its focus inward. While these arguments may not look compelling in hindsight, that does not mean they were unreasonable.

But the real crux of the matter is the 2003 invasion of Iraq and the 2006-2007 debate over the troop surge. Here Biden’s record holds up better than you may have heard.

Yes, Biden voted to authorize the invasion, along with most senators; the resolution passed the Senate 77-23. But as chairman of the Senate Foreign Relations Committee, Biden held a series of hearings in the summer of 2002 that remain the best public discussion of the likely challenges any such military campaign would face. They underscored how complex any invasion and stabilization effort in Iraq would surely be. That the Bush administration chose to ignore the Senate’s advice, and prepare for war on the premise that overthrowing Saddam would be a “cakewalk,” as defense policy analyst Kenneth Adelman infamously predicted, is not Biden’s fault.